How to Play Texas Holdem

Hold’em, also known as Texas Hold’em, is a poker game in which each player receives two cards (hole cards) dealt face down, while five cards are dealt face up on the table. All players play their best five cards using any combination of their two downcards and the five common cards on the table. The best five-card poker hand among those in contention for the pot wins. 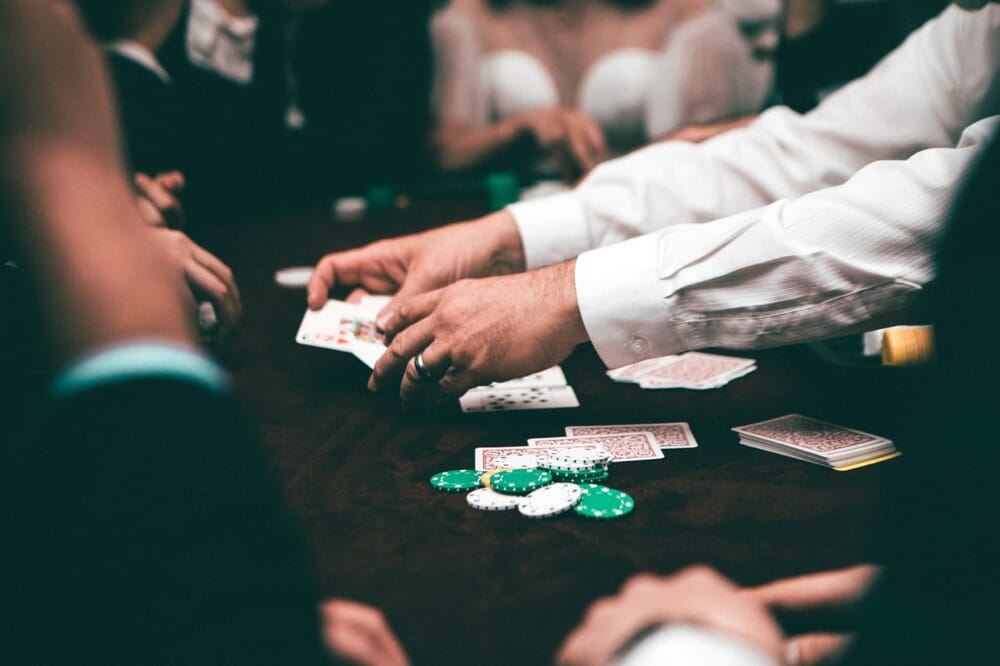 The betting starts after two cards are dealt to each poker player in Texas Hold’em. These cards are unique to each player. The next three cards (called flop cards or, simply, the flop) are then dealt in the center of the table. These cards are community cards and are part of each active player’s hand. A second round of betting occurs. The fourth community card (the turn card) is dealt in the center of the table, followed by another (third) round of betting.

The final community card (the river card) is dealt in the center of the table, followed by a final (fourth) round of betting. The turn and river cards are also community cards used by all players in Texas Hold’em. When all bets have been equalized, the showdown takes place among the remaining players—also known as active players—and the Texas Hold’em winner is declared. If only one player remains at the end of any round in Texas Hold’em, there is no showdown and the pot is awarded to that lone remaining player. A Texas Hold’em player uses the best five cards among his pocket cards and the community cards to determine his hand. That is, a player may use both, one, or none of the two hole cards he started with. (When none are used, the player is playing the board.) (See Winning Hands.)

Check-and-raise is allowed in all poker games, including Texas Hold’em (except on the first round, when a player, on his turn, must either bet or fold). The maximum allowable wager is always indicated on the Bet prompt and the lowest allowable wager is the default in the Bet window.

In a no-limit game, the minimum buy-in is generally 20 times the size of the big blind in Texas Hold’em. A maximum buy in also generally enforced at 100 times the Big Blind.

Texas Hold’em Fixed-Limit Games – Bet limits are enforced which are determined by the stakes offered at the particular table. For example, at a $40-$80 table, the limit on any bet is $40 on the first two betting rounds and $80 on the final two betting rounds. There is a bet and three raises allowed in each individual round. Each bet or raise is at the limit for that round. Thus, the first player to bet in the first round of betting has the choice of folding or betting $40. If someone has made a bet, the next player has the choice of folding, calling the $40, or raising $40.

Texas Hold’em Pot-Limit Games – The minimum poker bet at the start of each round of Texas Hold’em is the amount of the big blind wager. The maximum eligible poker bet is the amount of money currently in the pot. The maximum allowable bet is calculated as the pot size after an individual calls all existing wagers. During the course of a round of Texas Hold’em betting, a bet size cannot decline. (Exception: You can always go all in-wager all of your remaining chips-even if that amount would cause you to make a raise smaller than that permitted by this rule.)

Texas Hold’em No-Limit Games – The minimum bet at the start of each Texas Hold’em round is the amount of the big blind wager. The maximum eligible bet at all times is a player’s table stake (the amount of money a player currently has on the table). During the course of a round of betting, a bet size cannot decline. (A bet or raise must equal or exceed the preceding bet or raise.) If someone bets or raises $100, then the next player’s minimum raise would be $100. Any Texas Hold’em player can go all in (wager all his chips) at any point during the play of the hand. A player is never forced to call more than the amount of chips he has on the table at any moment. That is, no player can be “bet out” of a hand. If one player runs out of chips during the course of a hand, and more than one opponent remains with more chips than that player, then a side pot is created. An all-in Texas Hold’em player can win from another player only as much as he is in for. This concept also applies to pot-limit Texas Hold’em poker games.

Other Important Points – Texas Hold’em Poker Buy-In – When you first sit down to the Texas Hold’em table, the minimum buy-in is generally 10 times the small bet, although that amount is higher for no-limit and pot-limit games. Fixed Limit tables may enforce an maximum buy-in amount.

For pot-limit and no-limit games, the maximum buy-in amount is 100 times the big blind.

To start a hand, the cards are dealt in a clockwise direction from the dealer button. All new players to the Texas Hold’em poker game must either post the equivalent of the big blind or wait for their turn in the big blind. This prevents Texas Hold’em players from gaining an advantage by avoiding the blinds and jumping in and out of games. Each time the cards are dealt, a new betting round begins. A Texas Hold’em hand starts when the first card is dealt and ends when a winner is declared.

Burn Cards – The dealer discards (burns) one card at the beginning of each betting round. These are called the burn cards.

Dealer Button – The yellow disk (labeled with a D) that moves from player to player at the beginning of each hand is called the dealer button. It identifies the current dealer position—as if that player were actually dealing the cards. The player at this location is said to be on the button. After each completed hand, the dealer button moves one player to the left.

Small Blind – In our Texas Hold’em poker game, the small blind is a bet equal in size to one half the game’s minimum bet, rounded down to the nearest unit.

Missed Blinds – Texas Hold’em players are required to post the small blind and the big blind once per round or their equivalent upon reentry to the game if the blinds are missed. The dealer will prompt you if you have missed one or both blinds to put in the correct amount. You can also wait for the blind to get to your position. This is called coming in on the blind. (The term also applies to when you first sit down.)

Raise/Call/Check/Fold – Once a betting round has started you must select to raise, call check or fold.

Option – The Texas Hold’em player who has the big blind is given the option to raise, check, call, or fold when it is his turn. If no one has raised, the big blind has the option of checking (that is, not increasing the bet) or raising.

Succeeding Rounds – In all rounds except the first, the betting starts with the first active Texas Hold’em player to the left of the button.

Showdown – When all the betting is done, and if more than one player is still in for the pot, then the showdown determines who wins the game of Texas Hold’em. The last player to open or raise is required to show cards first, and anyone else can fold (muck his cards if he decides he has lost. Players who elect to fold do not have to show their cards.